secret of the seven stars 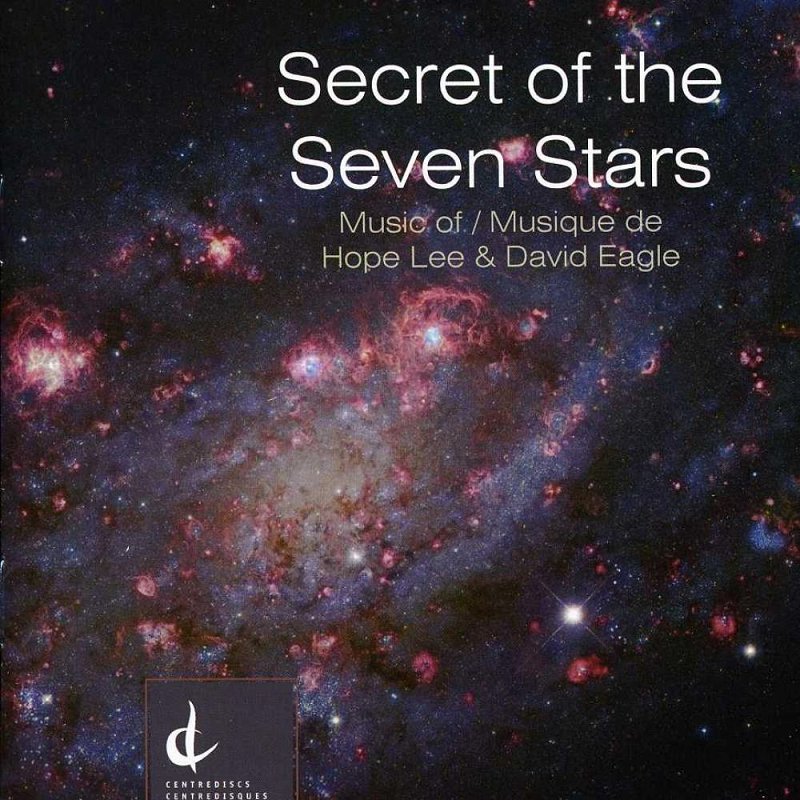 These five works by Hope Lee and David Eagle explore sonic transformation of musical gestures and sonorities. In close collaboration with outstanding interpreters, their music reveals connections between the sound worlds of the chamber and electroacoustic music of our time and the intimate approach to listening in the musical practices of ancient China. Secret of the Seven Stars, the title piece on the CD, was premièred by Toronto’s New Music Concerts. In the Globe and Mail Robert Everett-Green wrote ‘Lee’s distinctive scoring was beautifully transparent, even when thick with independent parts. This clarity, with the silvery upper tones that dominated the piece, gave the music a magical glow from start to finish.’ The solo works on the disc feature the expressive virtuosity of German accordionist Stefan Hussong and Canadian flutist Robert Aitken. The nuances of the interpretation are revealed through close recording and live digital processing immersing the listener in these evocative pieces.

Indispensable and illuminating liner notes remind us that this is “the third joint recording featuring the music of Hope Lee and David Eagle.” I had the pleasure of recommending their second project renew’d at ev’ry glance, Centrediscs, 2008 as a “carefully made and artfully assembled work that would reward repeated listening with pleasure and insight. Lee and Eagle are totally committed artists.

... Macerollo's accordion is deliciously deep and mellow sounding. [...] In his 2009 work for flutist Robert Aitken, Fluctuare, the computer interactivity elegantly supports Aitken's warm and masterful interpretation of the solo part. Here, [Secret of the Seven Stars] the accordion's extended resources are on display: pitch bending, bellows shaking and other titillating accordion exotica. Both works trace the emergence of entire soundworlds from a single, sustained pitch--a process the composer repeats in a consistently fascinating variety of ways.